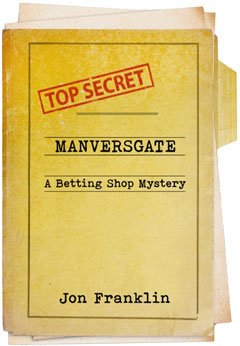 Glen, the long-standing manager of Manvers Road betting shop in Sneinton Nottingham doesn’t like change; so when head office tell him he is going to be moved to a shop on the outskirts of town, he doesn’t take the news well. His predicament worsens further when Liam, the shady head of company security, brings to his attention several falsified bets he discovered during a security check of the shop. Which of Glen’s colleagues has been fiddling money from right under his nose? And what can he do, if anything, to prevent his transfer away from his beloved Manvers Road?

Manversgate A Betting Shop Mystery, is a fast-paced short story told in Glen’s own voice, introducing the reader to several of the key characters of Jon’s debut novel, Shouting The Odds.

To get your free ebook, you just need to tell me where to send it.